Few Bible readers would not know the name Daniel, who stands out as an encouraging and thought provoking character for all the right reasons. Most commonly, Daniel is remembered for his courageous stand against the oppressive rule of Babylon and the Medo-Persians. With his loyal friends, Daniel was preserved by God through incredible trials. For those more studious Bible readers, Daniel received amazing visions of Israel’s, and the world’s, prewritten future, and the future establishment of Christ’s literal earthly kingdom. The prophecies of Daniel rise in the Old Testament to be what John’s Revelation is in the New Testament. 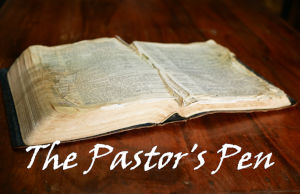 The name Daniel means “God is my Judge,” and he lived through two overthrows of Israel; first by Nebuchadnezzar king of Babylon (Dan 1:1-2), and later by Darius the Mede (Dan 5:30-31). As a youth, Daniel was among many Israelites taken captive to Babylon. Conscripted into the king’s 3 year palace program for learning the language and literature of the Chaldeans, Daniel excelled along with his friends Hananiah, Mishael, and Azariah of the tribe of Judah (Dan 1:6). But to Daniel, God also gave understanding in all visions and dreams (Dan 1:17). As part of their integration into Babylonian culture they were given new names by their chief; Daniel he called Belteshazzar, Hananiah he called Shadrach, Mishael he called Meshach, and Azariah he called Abednego (Dan 1:7).

Although integrated, renamed, and educated into Babylonian royal society, Daniel never lost his grip on faith in the one true God – Yahweh. Consequently, when called to betray His faithfulness to Yahweh, Daniel stood his ground irrespective of the cost. We see that God blessed him with better health and appearance when choosing to eat vegetables and drink water (Dan 1:8-16) instead of the king’s diet. When evaluated by king Nebuchadnezzar at the conclusion of their 3 year initiation training, none was found like Daniel, Hananiah, Mishael, and Azariah. Therefore they stood before the king. 20 And in every matter of wisdom and understanding about which the king inquired of them, he found them ten times better than all the magicians and enchanters that were in all his kingdom (Dan 1:19-20).

Daniel went on to reveal and interpret king Nebuchadnezzar’s dreams (Dan 2, 4), then interpret God’s handwriting on wall (Dan 5:1-12). He witnessed God saving the lives of his 3 friends when thrown into the fiery furnace (Dan 3:19-27). God further preserved Daniel’s life when fed to the lions. Turns out, the king’s lions were pussy cats in the hands of Jehovah. Daniel witnessed the 7 year humiliation of king Nebuchadnezzar living in the wild and eating grass as an animal. Daniel also witnessed the restoration of Nebuchadnezzar to rulership, and the king’s new faith in God. Now I, Nebuchadnezzar, praise and extol and honour the King of heaven, for all his works are right and his ways are just; and those who walk in pride he is able to humble (Dan 4:37).

Throughout his life Daniel was both wise and courageous. He was humble yet determined to remain boldly faithful to the Lord His God. Therefore, it should not surprise us that God revealed visions of future realities that still challenge many today. He saw Christ years in advance, who was given dominion and glory and a kingdom, that all peoples, nations, and languages should serve him; his dominion is an everlasting dominion, which shall not pass away, and his kingdom one that shall not be destroyed (Dan 7:14). Just as many of Daniel’s prophecies have been fulfilled, so every unfulfilled prophecy shall find literal fulfilment through the righteous sovereignty of God (Dan 9-12).